Dehli : (july.20) At least three civilians were killed on Friday evening when Pakistan resorted to ceasefire violation along the Line of Control (LoC) in Poonch district of Jammu and Kashmir. At about 9.20 pm, Pakistan initiated unprovoked ceasefire violation by firing with small arms and shelling with mortars in Khari-Karmara village in Gulpur sector of the district.

During the firing by the Pakistan Army, a shell landed on the house of a civilian Mohd Rafiq, a resident of Karmara village in which Rafiq (58), his wife Rafia Bi (50) and son Irfan (15) died on the spot. Another family member was injured and has been taken to a hospital for treatment, amid heavy shelling in the area. 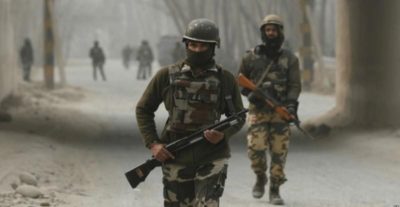 The Indian Army retaliated befittingly. Officials said that Pakistan heavily shelled Khari Karmara village and one of the 120 mm mortar shelling hit a residential house in the village. “In the incident, their teenage son Irfan Ahmad also got killed,” added an official. Meanwhile, Deputy Commissioner (DC) Poonch, Rahul Yadav confirmed that three persons were killed and another one injured in the cross-border shelling.